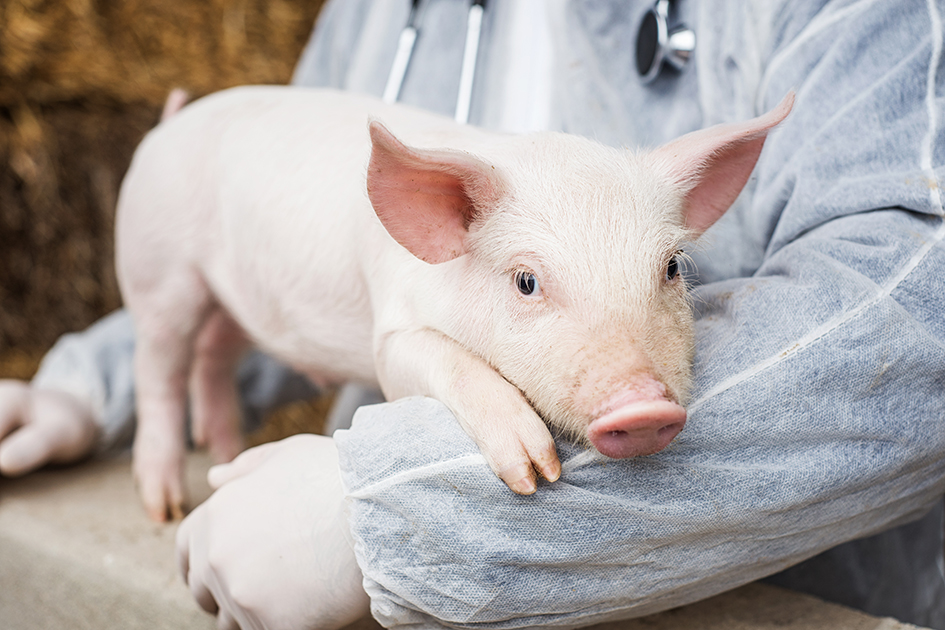 A Leader in Animal Care

For many years, the standard practice of pork producers has been to keep sows (female breeding pigs) in individual pens for much of their adult life to efficiently feed and care for the animals, protect piglets after birth and during nursing and ensure the safety of farm workers.

Smithfield Foods, a global food company that is also the world’s largest hog producer and pork processor, was the first in its industry to develop and implement a comprehensive, systematic animal welfare management system. Further underscoring their commitment to animal care, Smithfield was the first large-scale producer in the industry to convert to group housing. All pregnant sows on company-owned farms, including joint ventures in Mexico, are now in group housing systems. Smithfield leads the pork industry with improved animal welfare practices, while continuing to balance the need for safety of animals and workers. 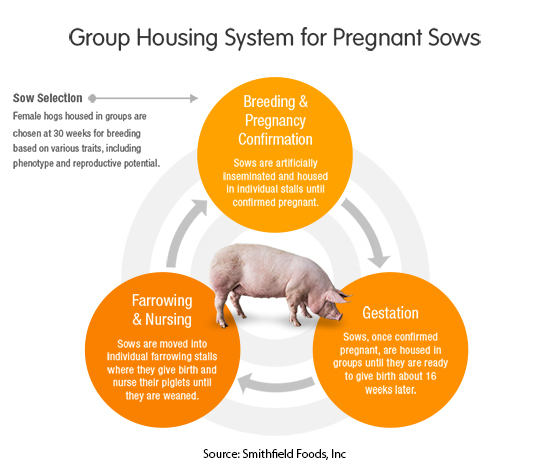 Smithfield announced this commitment in 2007, investing more than $360 million to complete the transition over 10 years. Sows are now housed in groups during pregnancy and are moved into individual stalls when they give birth and until the piglets are weaned.

Smithfield also released a 360 degree video so consumers can “visit” a company-owned sow farm operation and learn more about these and many other innovative pork production practices. A similar video of a wean-to-finish farm is also available.

Smithfield recommends that all contract sow growers in the United States complete a transition to group housing by the end of 2022 and provides guidance and expertise when requested to help growers make the conversion.

Other innovations in pig production include systems that reduce the overall amount of feed needed to produce more meat per animal, thereby reducing other crop inputs such as fertilizer, irrigation, land and fuel.

Embracing and implementing high standards of animal welfare is an integral part of a responsible, sustainable food system, bringing benefits to farmers and their livestock, the environment and to consumers.