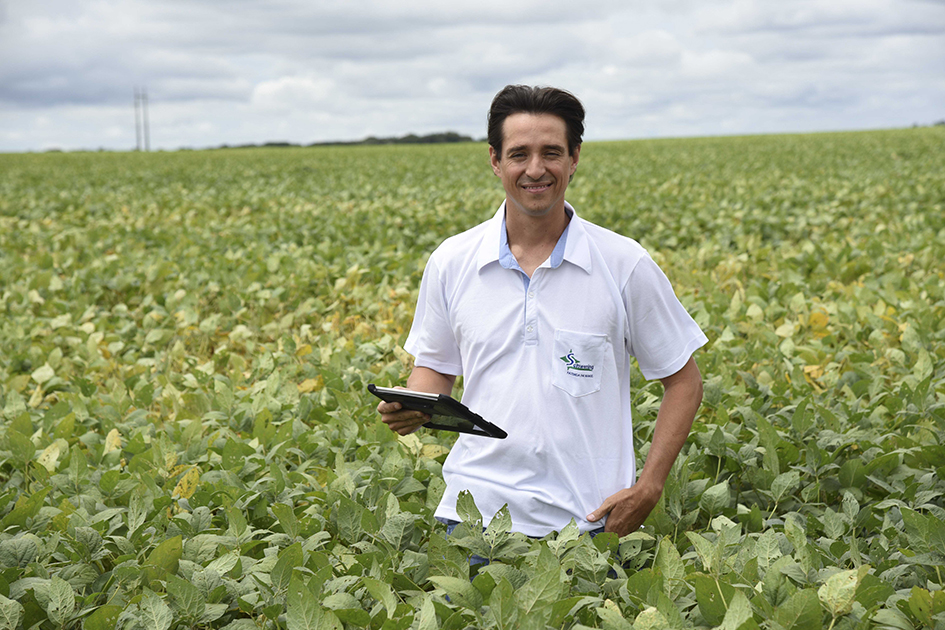 Latin America is home to nearly one-third of the world’s arable land and fresh water, making it a vital global agricultural breadbasket in the coming decades.1   The region is already a leading contributor to the global food system; Argentina, Brazil, Paraguay and Uruguay (ABPU) together are the largest net exporters of food and agriculture products in the world.2

The success in ABPU is, in part, a result of innovative crop genetics combined with environmentally-friendly climate-smart agriculture (CSA) practices that are used by farmers across the region.

CSA practices enable farmers to grow more crops per units of land and other inputs, such as fertilizer or herbicide, thereby reducing the environmental impact of crop production.

Across the region, networks of farmers learn from one another how to use precision agriculture technology, biotechnology and no-till agriculture practices to grow more, use and waste less and improve the natural resource base.

Modern seed technologies for corn, cotton and soybeans that produce higher yields and resist pests are an integral part of the climate-smart agriculture systems that drive productivity in the region.

One of the most widely adopted seed technologies in the region is the Intacta soybean (INTACTA RR2 PRO™), a product of The Monsanto Company, acquired by Bayer AG in June 2018.  This genetically-modified seed technology is tolerant to the herbicide glyphosate and resistant to insects that feed upon soybeans (velvet-bean caterpillar, soybean looper, bean shoot borer, corn stalk borer and stem borer).

Intacta soybeans have been available since 2013 and rapid commercial planting on nearly 24 million hectares across the APBU region has contributed to a significant reduction in insecticide and machinery fuel use, while improving soil quality and generating higher farm income.3

Use of these improved soybeans and other genetically-modified crops enables farmers to adopt no-till productions systems, as tillage is no longer required to control weeds and prepare seed-beds.  No-till systems reduce tractor fuel use and keep more carbon in the soil, resulting in lower greenhouse gas emissions. 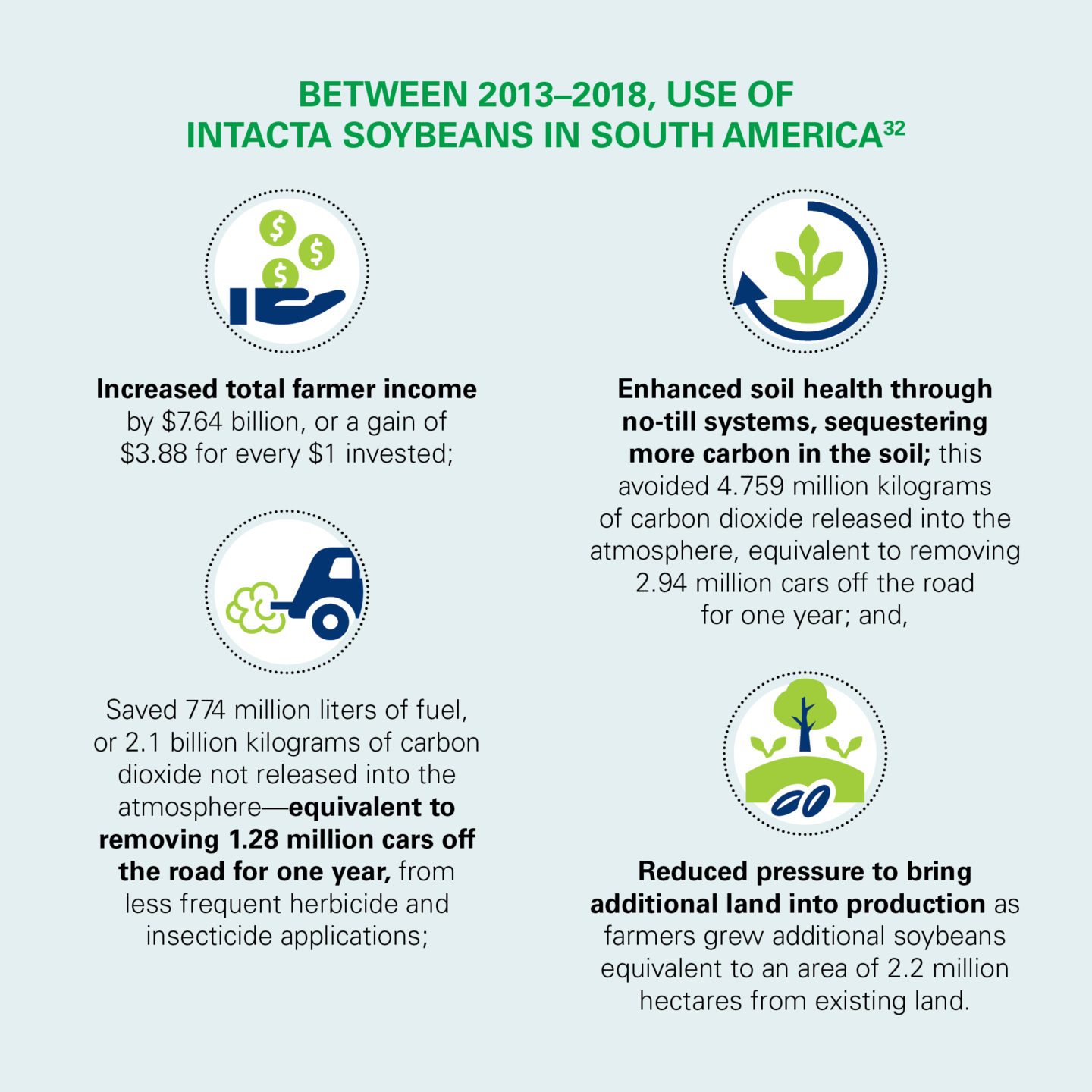