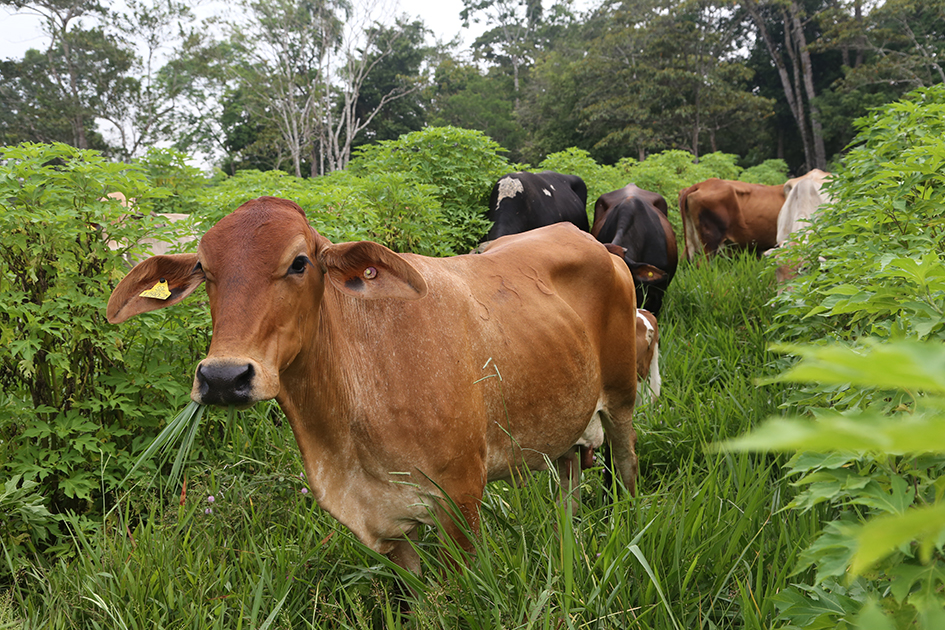 Healthy Agricultural Systems: A New Model for Agriculture and the Environment in Latin America

Because of its enormous potential to increase agricultural production while satisfying rising demand for food and keeping pantries stocked the world over, Latin America is critical for global food security over the next few decades.  Already an agricultural powerhouse, the continent provides 60 percent of the world’s imported soybeans, 44 percent of imported beef and a third of the corn that countries buy from abroad.  And experts say the region is fully capable of doubling its farm output by 2030.

But these advancements have come at a price, mainly in the destruction of forests and the depletion of land and fresh water resources, which are already having a devastating impact on the health of our planet.

Today, Latin American agriculture is responsible for almost a third of global greenhouse gas emissions that come from land use and land conversion.  More than half the forest loss in the world is happening in the region, with deforestation three times the global rate.  Moreover, the resulting biodiversity loss and soil degradation have had a severe impact on the very assets upon which agricultural productivity depends.

Increasingly, critical agricultural assets are being recognized as not just “land and water,” but rather healthy, regenerating farmland, whose productive capacity is supported by surrounding natural habitats and watersheds.  The vitality of these assets is paramount when it comes to the profitability and success of farming and other agricultural businesses in the decades to come.  For example, the carbon that is removed from the atmosphere and captured in soils and plant biomass is the same carbon that is key to making agricultural soils more fertile and productive.

This is the premise behind The Nature Conservancy (TNC)’s work in Latin America. Using a Healthy Agricultural Systems (HAS) approach that focuses on increasing productivity while preserving the assets –the water, soil and rich biodiversity that make productivity possible—TNC and its partners are enabling farmers of all sizes to adopt practices that repair the land and sequester carbon, thereby ensuring more productive and profitable farm operations.

The Nature Conservancy has established several projects that are encouraging this transformation.  In Colombia, TNC and partners have supported 2,600 ranchers in their transition to healthy agricultural systems over the past seven years. Results have been impressive.  Milk and meat production increased by 20 percent. Bird species numbers increased from 140 to 193 and the number of terrestrial mollusks, ants, butterflies, and other wildlife increased.  Monitoring studies have confirmed reduced pollution of water sources.

The climate impact of the healthy agricultural systems approach is equally impressive. To date, farmers have contributed to capture 1.5 million tons of CO2 equivalent by converting degraded pastures into silvopastoral systems (grazing systems incorporating special fodder, grasses and trees with rotational plots for livestock).  They have avoided additional emissions by planting secondary forests and by preserving the natural forests within the project areas. Both contributions are highly significant for Colombia, as the country’s climate change commitment for the cattle ranching sector is to mitigate 10.3 million tons of CO2 equivalent by 2030.

Chiapas, Mexico is a region where tremendous biological wealth contrasts with alarming levels of poverty and deforestation. Dairy farmers in Chiapas who incorporated HAS practices–such as silvopastoral systems and rotational grazing practices—saw their milk production increase between 25 and 45 percent over a three-year period while methane emissions decreased by nearly one third. These practices have not only raised yields and profits but have also helped conserve critical natural habitats in Mexico’s second most biodiverse state.

Solutions such as these must be adopted and scaled globally to transform agriculture from a source of greenhouse gas emissions to a key solution to climate change.

Research conducted by scientists from Ohio State University and universities in Brazil1 found that low-carbon agricultural systems, such as the those mentioned above, along with no-till cropping and restoring degraded pastureland, have the potential to offset 80 percent of global emissions caused by land use and land use change by 2050.

With a Healthy Agricultural Systems approach, farming becomes more productive and profitable and able to meet the increasing global demand for food.  Land is restored and becomes healthier, more fertile and more valuable.  Natural areas and biodiversity are preserved and enhanced, while agriculture over time ceases to contribute to climate change—even serving as a carbon sink—and therefore helps alleviate an existential threat to farming itself.