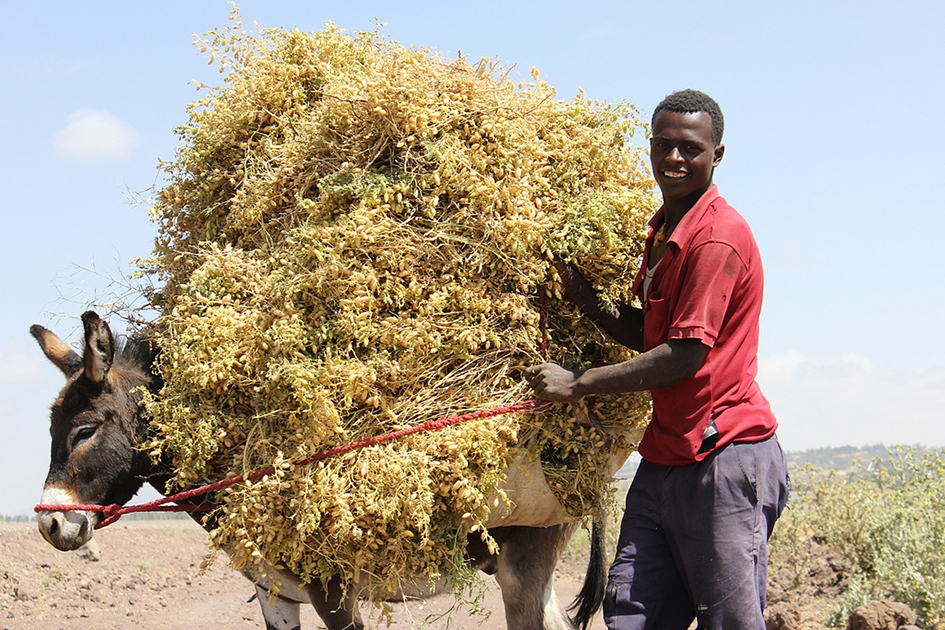 In Ethiopia, chickpea is one of the most important foods and the country is considered a secondary center of genetic diversity for the legume. With a near doubling of the population from 92 million today to 160 million in 2050, chickpea demand is expected to boom.

Yet, farm productivity of this nutritious crop has been low; the informal seed sector is dominant in chickpea production and the private sector has been less involved.

In 2008, government and international efforts were initiated to change this. The effort in Ethiopia is part of the larger multi-phase Tropical Legumes project led by ICRISAT (International Crops Research Institute for the Semi-Arid Tropics) with support from the Bill & Melinda Gates Foundation and strong involvement of national agricultural research centers, such as the Ethiopian Institute of Agriculture Research.

The focus in Ethiopia is to develop high quality, reliable and sustainable seed growing and supply systems for chickpea. The program develops improved cultivars of chickpea and delivers seed at scale to smallholder farmers.

Between 2008 and 2014, production of certified and quality seed increased from 632 tons to 3,290 tons, a five-fold increase. During that same time, productivity of chickpea on farms doubled.1

A key to the program’s success is the inclusion of farmers through participatory research and chickpea variety selection.  Farmers’ participatory variety selection (FPVS) approaches are used by the Tropical Legumes project to build farmer confidence in the technologies and to provide them with additional training in production and management.

The project started with technical trainings of 3,000 agricultural experts and development agents for management of improved chickpea.  They trained 14,000 lead farmers who selected chickpea varieties and grew them in trial field plots and compared them with local unimproved varieties.  Farmers nearby were invited to observe the demonstration plot cultivation during organized field days.  This approach has enhanced adoption of the new improved varieties along with better production management practices.