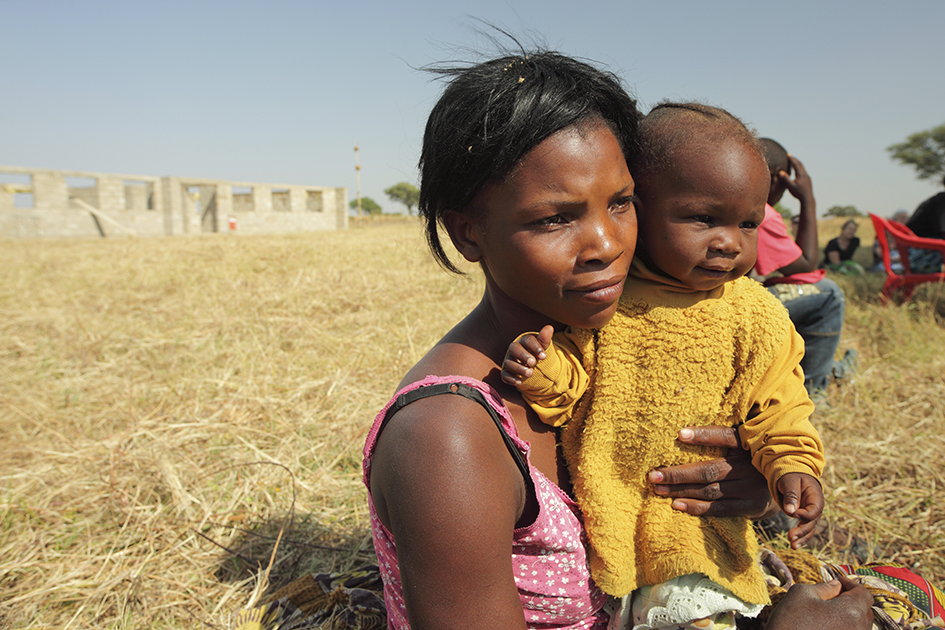 For subsistence and small-scale producers, income instability is one of the greatest obstacles to increasing the productivity and profitability of their agricultural enterprises.

In Zambia, farmers cultivating less than 5 hectares of land rely on wage labor, such as working on larger farms or in processing facilities, for their main source of income. Agricultural wage labor is seasonal, which means that men and women are investing less time and energy in their own farms during critical planting and harvest periods.

As a result, many rural Zambians are stuck in a cycle of “coping” — doing what they need to do to get by. This makes it difficult for them to increase the productivity of their own operations, accumulate savings for future investments or acquire knowledge and skills to work in a value-added agricultural business or non-agricultural trade.

Social protection programs, such as cash grants, provide the poorest rural residents with income stability and food security, while also reducing their reliance on agricultural wage labor and freeing them up to invest time and resources in their own farms, to develop off-farm enterprises or to pursue training for nonagricultural employment.

In 2010, the Zambian Ministry of Community Development for Mother and Child Health (MCDMCH) piloted a Child Grant Program (CGP) in three provinces, where the program gave households with children under the age of five a total cash grant of $12 per month.1 Payments were made monthly and without condition. Participants spent the additional money on food (76 percent), health/hygiene (7 percent), clothing (6 percent) and transportation/communications (6 percent).

Perhaps most encouraging was the increased investment in productivity-enhancing and laborsaving inputs, and the increases in agricultural output.2

The share of CGP household expenditure spent on seeds, fertilizer and hired labor increased by 18 percent — with a 22 percent increase in spending by the smallest households. The value of the overall harvest increased by 50 percent, on average, with most of the additional production being sold. CGP households increased both their ownership of livestock (21 percent) as well as the diversity of their livestock.

Finally, the income stability of the cash grants enabled participants, particularly women, to reduce their wage labor hours and develop their own enterprises. The percentage of households that operated off-farm businesses increased by 17 percent.3 The CPG grants also had a significant multiplier effect: each kwacha transferred to a recipient generated 1.79 kwacha in the local economy.