The enormity and complexity of the challenges facing China’s agriculture and food system are difficult to fully grasp.

Two decades ago, the Chinese middle class numbered just 2.5 million people. That number has increased by more than 100 times today.1 The middle class in China is expected to grow even further, reaching 950 million by 2030, roughly three times the current population of the United States.

The rise in population and incomes has radically transformed Chinese consumers’ food demand. Consumption of poultry, pork and dairy has increased exponentially.2 In response to domestic demand, China’s imports of fresh and chilled pork increased from 136,000 metric tons in 2000 to 1.62 million metric tons in 2016.3

Chinese consumers are also changing where they shop, and what motivates their purchases. Young urban consumers between the ages of 20-35 shop at modern retail food stores. Chinese consumers are focused on nutrition, with more than 82 percent of people willing to pay more for foods they know are higher quality and more nourishing.4

Chinese consumers are also concerned about the safety of the foods they eat, particularly domestic rice and other food crops that may have been grown in contaminated farm soil. They are willing to pay more for trusted international brands that they know are high-quality and safe. 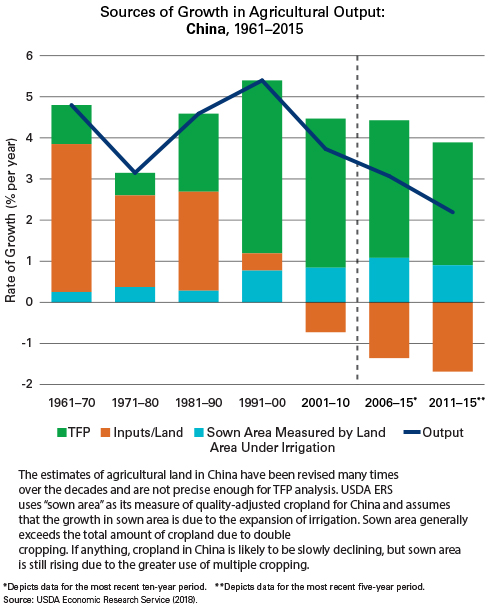 China has had remarkable success in developing its agriculture sector since the Opening and Reform period began in 1978.

Since 1978, the percentage of China’s population that depends on agriculture for a living has declined from 70 percent to 35 percent.5

This transition correlates with significant improvements in agricultural productivity (Figure 2).

China has also increased the amount of “sown area” to increase output. This has been achieved by extending irrigation to previously rainfed cropland. (See note for Figure 2.)  Extending irrigation increases the output from that land and enables more than one crop to be grown each year.

Maintaining or increasing China’s phenomenal levels of productivity growth will be difficult.

Climate change, combined with decades of poor farm management practices, have reduced the health and productivity of China’s agricultural land and water supply.  Improving these soils, reducing erosion and ensuring widespread use of good nutrient management practices will be essential.

China has limited land resources for cultivation and the amount of agricultural land is likely declining already. (See note for Figure 2.) The amount of available land will continue to decline as competition for land between urban and agricultural areas increases with population and urbanization growth.

As young people migrate from rural to urban areas, agricultural labor is harder to come by and the average age of farmers is rising. Today, 60 percent of those working in agriculture in China are over the age of 45, whereas only 14 percent are under age 35.

Mechanization rates are rapidly rising to fill the agricultural labor shortage. In 2014, 60 percent of crop production was mechanized and the crop area under mechanized cultivation doubled from 2004 to 2014.6 Even with increased mechanization, China will need younger farmers to replace those who are aging.

In anticipation of these challenges, the government has prioritized investments in agricultural development and food security. China invests twice as much as the U.S. in agricultural research and development, an investment that will stimulate productivity growth in coming decades.

China’s policies promoting and managing urbanization are also intended to stimulate consolidation and productivity in the agriculture sector. China hopes that urbanization will increase the average amount of arable land available per each family farm, promote mechanization, and increase average rural income.7

By moving people into cities, China also seeks to create dynamic economic centers that promote consumption and stimulate economic growth in the surrounding rural environments. Current urbanization policies are focused on the development of small- and medium-sized cities that can support an agricultural sector in the surrounding peri-urban areas.

Michael Shyer, former intern at the Global Harvest Initiative, contributed to this article. 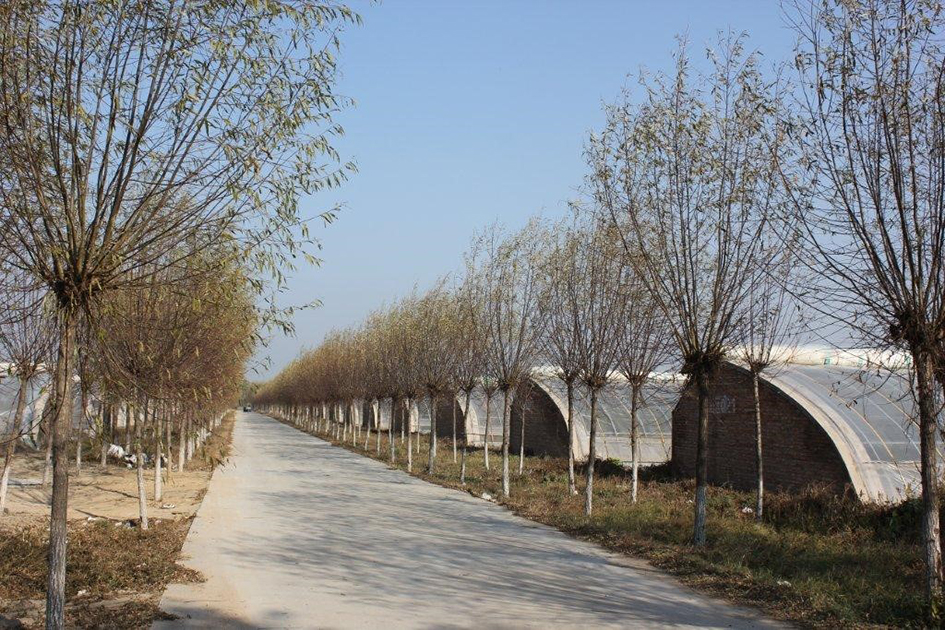 Many Chinese farms today are still quite small (on average less than 0.6 hectares of land per household) and provide low qualities of life for Chinese farmers. But China’s agri-food system has begun transforming over the past 30 years from a traditional, smallholder-based production system to a more modern form of peri-urban farming for cities. 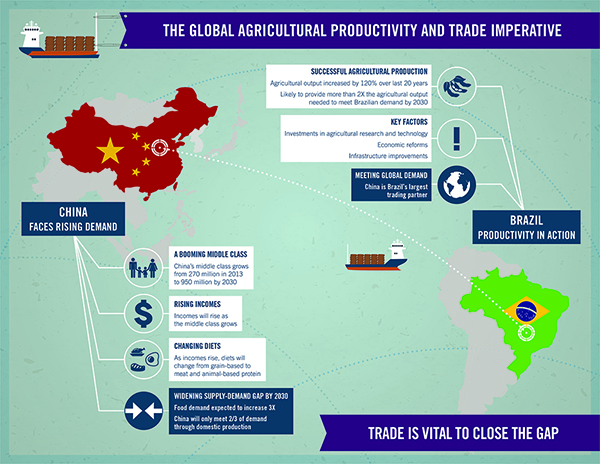 Despite remarkable success in improving the productivity of its agriculture sector, by 2030, China will likely only be able to meet 74 percent of it demand through productivity growth.  Most of the remaining food demand will be met through trade.

The Latin America region produces a surplus of food and products. Brazil, driven by TFP (total factor productivity) growth, is expected to reach a level of agricultural output more than twice as large as its domestic demand.

Brazil’s agricultural productivity and output growth is largely the result of greater investments in agricultural research and technology, combined with successful economic reforms and infrastructural improvements.

Brazil’s soybean producers are poised to take even more of the Chinese market share. Because of the tariffs imposed on U.S. soybeans as part of the U.S.-China trade dispute, Chinese buyers are turning to Brazil as a cheaper source. From January to August 2018, Brazil exported 80 percent of its soybean production to China, up from 77 percent over the same period in 2017.9