Agricultural communities battle pandemic-scale pest and disease outbreaks every year. The health and productivity of people, livestock, and crops are all vulnerable. Food and nutrition security, livelihoods, and environmental sustainability are all threatened by these outbreaks.

COVID-19 is not the kind of pandemic-scale outbreak typically associated with agriculture, yet its disruption of the supply chains for agricultural outputs and inputs is unlike anything in living memory. It is a stark reminder that 75 percent of new and emerging infectious diseases are passed from animals to humans. Coronaviruses, such as the one causing COVID-19, are part of a “risk landscape” that threatens the health and productivity of the people, animals, and plants in our agricultural systems.

The Global Agricultural Resilience Imperative is just a glimpse of the array of current and future risks to the world’s agricultural systems and the people in them. Climate change will exacerbate the pest and disease threats, in addition to the threats it already poses to the sustainability of agricultural production.

These, and other, pandemic-scale threats that must be addressed to ensure that we can sustainably produce food, feed, fiber, and bioenergy for 10 billion people in 2050.

COVID-19 shutdowns will drive an additional 71 to 100 million people into extreme poverty and double the number of people at risk of acute hunger to 235 million.1, 2

Infectious diseases transmitted by vectors, such as mosquitoes, are responsible for 700,000 deaths annually.3

5.9% of children under five are overweight and 21.9% are stunted (average global prevalence.)4

75% of new and emerging infectious diseases are transmitted from animals to humans, including the novel coronavirus causing COVID-19.5

Avian influenza is carried across borders by wild birds. An outbreak first recorded in Canada in 2015 led to the deaths of 50 million chickens and turkeys in the U.S.6

China has lost 40% of its swine population in the past two years to an outbreak of African Swine Fever afflicting three continents.7

Peste des petits ruminants (PPR) is a highly contagious respiratory disease of goats and sheep, causing an estimated US $874 million in losses in Africa and South Asia.8

20% to 40% of global crop production is lost to pests annually. Each year, plant diseases cost the global economy around US $220 billion, and invasive insects around US $70 billion.9

37% of the world’s wheat production is at risk of potential epidemics of yellow, stem or leaf rust diseases.10

Fall armyworm destroys more than 18 million tons of maize annually in Africa, an economic loss of US $4.6 billion.11

Banana Fusarium Wilt (TR4) is a soil-dwelling fungus with the potential to destroy entire crops and make land unsuitable for banana production for decades.12

A “small” swarm, of desert locusts consumes the same amount of food in one day as 35,000 people. A “large” swarm can eat enough to feed 81 million people.13

Climate change compounds the risks of disease and pest pandemics, amplifying the need for urgent action.

Global temperature increases of 2-3ºC would increase the number of people living in malarial climates by 3% to 5%, putting hundreds of millions of people at risk.14

38 of the 65 diseases prevalent in animals important to people living in poverty could increase with climate change.15

For wheat, rice, and maize, crop yield loss from pests will increase by 10% to 25% per degree Celsius of global surface warming.16

COVID-19, and the economic and social disruptions caused by outbreak, have created unprecedented disruptions to local, regional, and global food value chains.  Hunger, poverty, and food waste have accelerated as the pandemic traverses the globe.

This chapter explores the critical role of human health, plant health, and livestock health in achieving agricultural productivity targets and ensuring the environmental, economic, and social sustainability of our food and agriculture systems.

Part of what makes airborne infectious diseases like COVID-19 so terrifying is their invisibility.  People often don’t know they have been in contact with the virus until they experience symptoms, possible days or weeks after exposure.

Vector-borne diseases (VBDs) are another form of infectious disease, but instead of being transferred directly in the air or on surfaces, VBDs are transferred through a “vector”, a living organism that serves as a conduit for disease-causing pathogens (parasite, bacteria, or virus) to spread.

Vectors are typically blood-sucking insects that ingest the pathogen while feeding on a human or animal “host”.  Once an insect ingests a pathogen, it can be replicated in the insect’s digestive process and spread to new a new host during the next feeding, and often for all subsequent feedings during the insect’s life span.

The World Health Organization lists the most common vectors as mosquitoes, ticks, tsetse flies, lice, blackflies, sandflies, triatome bugs, fleas, and aquatic snails.17 Pathogens distributed by these vectors are responsible for malaria, yellow fever, typhus, sleeping sickness, dengue fever, West Nile fever, river blindness, and many other deadly and debilitating diseases.  Of these, mosquitoes carrying malarial parasites are the most devastating in terms of lives and livelihoods.

Mosquitoes: the deadliest pest on the planet

Mosquitoes are responsible for delivering disease pathogens that kill more as many as 700,000 people annually.18  More of half of these deaths are from malaria.  According to the latest available data, in 2018, there were an estimated 405,000 deaths from malaria; 67 percent of these deaths were children under the age of 5.19

Malarial parasites are injected by mosquitoes into the human blood stream where they travel to the liver and multiply rapidly before infecting red blood cells and continuing to multiply.20  Ten to 15 days later, the blood cells rupture, causing chills and headache, followed by tremors, sweating, and fever.  At this point, the parasites are available to can be ingested by a feeding mosquito and transferred to a new host.

Malaria is both debilitating and lethal, and pregnant women and children are especially vulnerable. Malarial parasites can cause severe anemia, a condition in which the body does not have enough healthy red blood cells to carry adequate amounts of oxygen to the tissues. This can cause low birthrates, severe developmental impairments, respiratory distress, multiple organ failure and death.21

Tremendous progress has been made in eradicating the mosquito and reducing malarial cases and deaths.  Nonetheless, low-rates of agricultural productivity growth and high rates of malaria infection often coincide, particularly in sub-Saharan Africa.

Malaria is often thought of as a “tropical” disease, but that is far from the case. At the beginning of the twentieth century, more than half of the Earth’s land mass supported malarial mosquitoes.22  Three-quarters of the global population, including most of North America and Western Europe, was at risk of death or disability from this devastating disease.23

Over the last century, eradication efforts have cut in half the world’s malarial land area.  Nevertheless, the number of people at risk of contracting malaria has grown by 2 billion, primarily due to exponential population growth, in Africa and India, where malaria is still endemic.24

And as a water-borne insect, mosquitoes have a direct relationship with agriculture.  Changes in land-use patterns, specifically the control of water sources and deforestation, can both reduce malarial transmission and exacerbate it. Introduction of irrigation can increase yields and enable multiple growing seasons, but it can also lead to an increase in malarial transmission.

Malarial treatment can be expensive and may not be readily available in rural areas.  For families with limited resources, treating malaria can seem out of reach economically and logistically.

The health and productivity of agricultural labor, particularly in smallholder communities, is essential to maximize farm yields, and to generate income. In Zambia, the planting season overlaps with the malaria season, and health related absences from field work are a common cause of income.  Children and adult can experience up to five malaria episodes annually.

A study of linkages between malaria and agriculture in Zambia found that farmer and community education about malaria, combined with bed nets, reduced the number of days lost to illness, and an increased agricultural output.25 The households that received free bed nets increased their output by US $76, a 14.7 percent increase in the value of their average annual harvest. 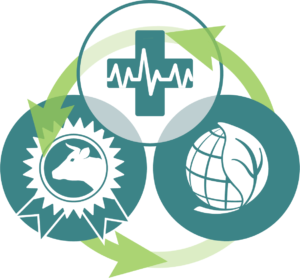 A risk-management approach to resilience is well suited to the complexities of pandemic-scale challenges and climate change. It emphasizes proactive strategies, such as One Health, a widely adopted paradigm that acknowledges the symbiotic and complex interactions between the health and productivity of humans, animals, and the environment.

The One Health approach brings together experts in public health, agriculture, and natural resource management to identify strategies to promote better health and disease reduction.

Rift Valley Fever (RVF), for example, is a zoonotic disease caused by a virus that is transmitted by mosquitos. RVF outbreaks are common in sub-Saharan Africa following periods of heavy rain, when standing water allows mosquitos to thrive. RVF afflicts animals and people, though its victims are not always symptomatic, making it difficult to trace and treat. By analyzing the human, animal, and environmental factors, researchers determined that vaccinating livestock was the most effective and affordable way to break the chain of infection.26

Virginia Tech researchers are part of a project that is taking a One Health approach toward malaria, the leading cause of illness and death around the world.27 While there has been extraordinary progress against the disease during the past 50 years, eradication efforts have stalled.

The project, called BOHEMIA (Broad One Health Endectocide-based Malaria Intervention in Africa), is distributing the drug ivermectin in a mass drug administration campaign for people and livestock in Tanzania and Mozambique. The Virginia Tech team will evaluate the environmental impact of the treatment, as well as any indirect economic benefits from improved health and productivity of people and livestock, due to the reduction in malaria incidences. 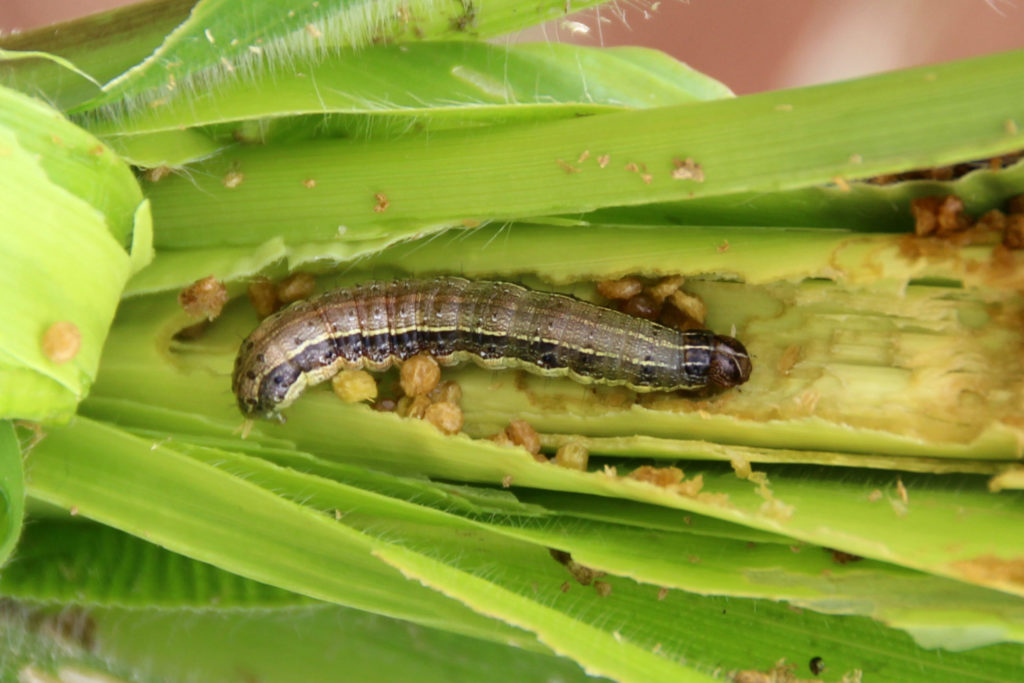 The Battle Against Fall Armyworm

Crop diseases, pests, and drought are significant threats to the food security, nutrition and livelihoods of small-scale farmers. In Africa, farmers are struggling to combat fall armyworm, a devastating pest that, in caterpillar stage, devours crops before turning into a moth. The pest eats 80 plant species, including maize, sorghum, rice and sugarcane.

Originating in the Western Hemisphere, FAW has spread to 44 African countries and was confirmed to have reached Karnataka state in the south of India in 2018. Experts have warned that FAW could migrate from Africa to Spain, thereby reaching Europe in coming years.

The pest is difficult to contain and impossible to eradicate completely; scouting for signs of the pest and early action can help stop the spread of FAW to nearby farms.

Rapid and coordinated responses are needed from a broad range of participants, including African governments, farmers, international and national research institutions, donors and the private-sector to halt the horrific consequences of FAW, which threatens millions in Africa and South Asia with hunger from loss of staple crops.

The United Nations FAO (Food and Agriculture Organization) and USAID (U.S. Agency for International Development) have undertaken major initiatives to coordinate research and action to detect and identify the pest, educate farmers about what steps to take, and to invite private-sector agribusiness companies to develop innovative technologies and proven tools to battle the threat.

Integrated Pest Management (IPM) is an integrated, science-based approach using a range of techniques that are tailored to local farming and economic and cultural conditions.  IPM uses three coordinated strategies to suppress the pest: biological controls (use of nature-derived predators of the FAW such as spiders, ants, fungi and bacteria); host plant resistance (developing and growing varieties that are resistant to FAW or using genetically-modified seeds that confer resistance, such as Bt corn or Bt cotton); and careful application of safe and innovative pesticides (both bio-based and synthetic pesticides).

Film: Agricultural Productivity in a Time of Pandemics, Stories from the Front Lines

2. Cultivating Productivity in a Time of Pandemics