Total Factor Productivity (TFP) is the largest driver of agricultural output growth on a global level, but the progress toward productivity on a regional level has been uneven.

The Green Revolution in the 1960s, and the generations of innovations that stemmed from it, set in motion some of the largest productivity gains in the twentieth century. It introduced high-yielding seeds to millions of farmers, along with access to fertilizers, irrigation and machinery.  As farmers began to use those inputs more efficiently, the contribution of inputs per land area to agricultural output declined.  This is measured as an increase in Total Factor Productivity.

The global growth in productivity is substantial, but a number political, environmental and socio-economic forces are slowing or reversing the gains of previous decades.

As the global population continues to grow and there are more people to feed, farmers in many parts of the world are opening new land for agricultural production to increase their output. At the same time, rapid urbanization is creating competition for land and water resources.

To maximize the productive capacity of scarce land and water, smaller farms are being consolidated into larger operations.

As consolidation continues, the economic and social structures of rural areas could change profoundly. Mitigating the potential negative consequences for these communities requires deliberate action and investment by governments, in partnership with the people whose lives are being changed. 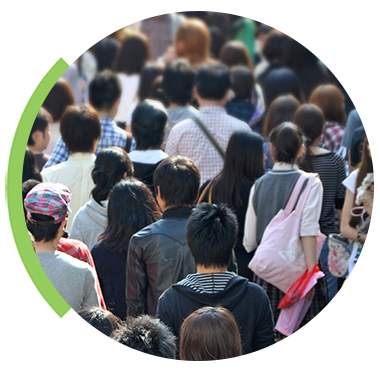 Future TFP growth will be driven by innovations such as advanced crop and livestock breeding and data systems that monitor plant growth and animal health.

However, public-sector investments in the research and development (R&D) that drive agricultural innovation has slowed in many countries.  Lower public investments constrict the innovation pipeline. Private-sector research investments, while significant, cannot make up the public R&D funding gap.

The charts below show the sources of agricultural output growth by income-level, with examples from specific countries and regions. Click the charts for more details and click the buttons to read a longer analysis.

High-Income Countries and the United States

In high income countries, productivity generates nearly all agricultural output growth. Productivity-enhancing innovations include advanced crop and livestock breeding, improved animal care, precision agriculture and better nutrient management. In the twenty-first century, however, more land and inputs have been put into production, indicating that a renewed emphasis on policies and investments to stimulate productivity growth is urgently needed.

Over the last 25 years, the contribution of TFP to agricultural output growth in the U.S. has declined steadily. This has coincided with the stagnation of public-sector investments in agricultural research and the development of the tools and knowledge farmers need to improve their productivity. Wide-spread adoption of agricultural innovations and best practices are the most significant drivers of TFP growth.

Agricultural Productivity in the U.S

TFP growth in upper-middle-income countries has been driven by the strong performance of countries like China and Brazil. The southern cone nations of Argentina, Brazil, Paraguay and Uruguay are the world’s largest net exporting zone of agriculture products.  Favorable public policies that attracted more investment, along with farm consolidation have created efficiencies in input use, especially the widespread uptake of advanced mechanization and seed technologies.  Adoption of conservation agriculture practices is reducing the amount of inputs per hectare, but the uptick in land expansion needs to be carefully monitored and reversed through incentives and agri-food system partnerships to avoid deforestation.

China is striving to maximize the efficiency of its land, labor and water resources to feed its large and increasingly middle-class population. The government has prioritized agricultural development and food security as a driver of its rural economy. Today, China invests twice as much as the U.S. in agricultural research and development, an investment that will stimulate productivity growth in coming decades. China increasingly relies on trade to import food and feed for livestock and to help meet the growing Chinese consumer demand for meat, dairy and other high value foods.

The estimates of agricultural land in China have been revised many times over the decades and are not precise enough for TFP analysis.  USDA ERS uses “sown area” as its measure of quality-adjusted cropland for China and assumes that the growth in sown area is due to the expansion of irrigation. Sown area generally exceeds the total amount of cropland due to double cropping. If anything, cropland in China is likely to be slowly declining, but sown area is still rising due to the greater use of multiple cropping.

Producers in lower-middle income countries have made consistent progress in productivity growth, but land expansion as a contribution to agricultural output has increased since 2010. Despite their progress and potential, these agricultural economies are very fragile. Producers are challenged by competition in the global marketplace, crop pests and disease, inadequate post-harvest storage, climate change and political instability.

Honduras is the fifth-largest coffee producer in the world and exported 605 million metric tons of bananas in 2017. With its mountainous terrain, the amount of land available for agriculture is relatively small, so increasing the productivity of large-scale banana production and small-scale coffee farming has been critical to the growth of these sectors. But crop pests and disease are destroying banana and coffee crops, threatening the economic prospects of rural communities, where one-in-five people live in extreme poverty.

Political instability and violence also create uncertainty for Honduran rural laborers and widespread corruption impedes investment for economic growth.  Honduras has potential for greater agricultural productivity, but these constraints must be addressed through a greater commitment to reform and progress toward better governance.

While TFP is rising in low-income countries, land expansion is still the largest contributor to output growth. To protect biodiversity and wildlife and to efficiently use land and water resources, increasing productivity on currently cultivated land needs to be prioritized. The increased contribution of inputs to output growth is driven largely by the low labor productivity of small-scale labor-intensive farming systems and difficulty accessing mechanization.

At current rates of TFP growth, sub-Saharan Africa (SSA) will meet only ­8 percent of its food demand through productivity. Climate change, crop-destroying pests such as fall armyworm and outbreaks of livestock disease are already disrupting agricultural production and threatening food security. Large quantities of food produced by African farmers is lost before it ever reaches the market due to a lack of post-harvest storage and insufficient cold chain and transport capacity.

Sub-Saharan Africa will be increasingly dependent on trade for basic food commodities, as well as high-value foods, which could drive up food prices for poor people, particularly in urban areas. Ongoing political instability on the continent is a major contributor to the global increase in acute hunger over the last two years.

Without significant increases in agricultural productivity, sub-Saharan African countries will not meet their SDG targets for reducing hunger, malnutrition and poverty.

Food and agriculture systems are vulnerable to a variety of risks, including extreme weather events and climate change, market volatility and political instability.

During times of crisis, agricultural producers seek to minimize their losses without putting their future productivity at risk. Good innovations and an enabling policy environment can ensure they stay productive during seasons of risk. This also helps stabilize the supply and price of food and agriculture products.

Reducing agricultural losses on the farm and throughout the agricultural value chain avoids wasted resources and unnecessary greenhouse gas emissions.

There are also opportunities to increase the productive use of unconsumed food and agricultural byproducts, such as bio-energy.